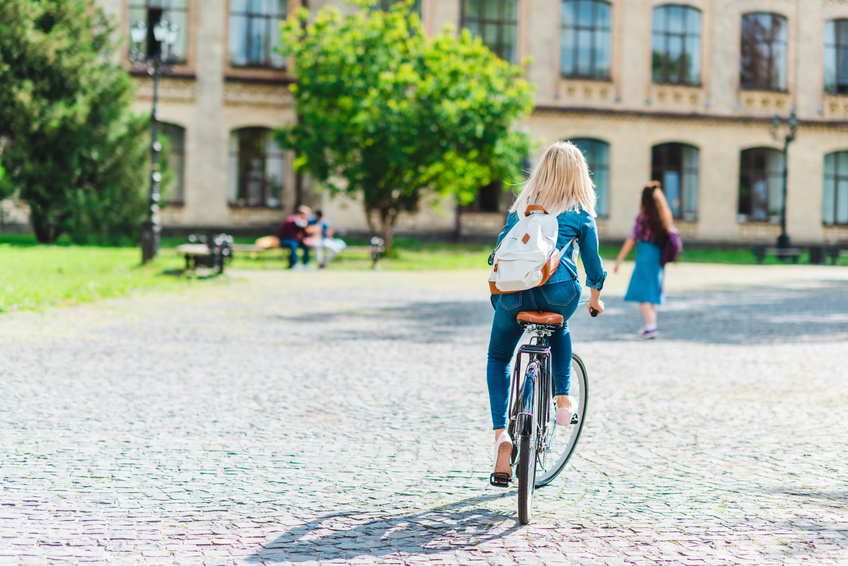 Why Should Students Choose Off Campus Housing?

When people think of students living away from home to go to college, many conjure the image of a dorm. But there are off campus housing options available for students as well, and in some cases, this may be far preferable. Sometimes, it’s a much better environment for students to learn independence and live off campus grounds, away from the party scene that some dormitories have. Off campus housing is quieter and teaches students a lot more about the responsibilities of adult life than a dorm, which may be noisy, crowded, and cause students to compete for bathroom time. Students can get up to a lot of trouble in the dorms and they don’t have complete control of their environment. In off campus housing, students have more control over their space, their schedules, and their study time. There are lots of off campus apartments available near colleges that are specifically tailored to students.

The Benefits of Off Campus Housing

There are lots of benefits to off campus housing. This arrangement can be a bit of a crash course in adult life for students. They’ll learn how to pay their bills, buy their own food, and take care of various household chores — all things they will need to know for their futures as successful adults. Students who live in off campus housing can also have as much study time as they want away from the noisy dorm and other student housing environments, where students are commonly crammed into small rooms they have to share with others.

Students who live in off campus housing must wake themselves up and get themselves to class, which can prepare them for the day when they will be going to a full-time job as an independent adult. This is great training for successful adult life. However, there are some drawbacks to off campus housing as well, and some really good reasons that parents have misgivings about having their children live on their own while attending school. Dorms provide a watchful eye for students by virtue of college staff members and student dorm workers who strive to create a safe environment for students. There are some other reasons that off campus housing can look pretty unattractive to parents as well.

What Parents Are Afraid Of

Parents see a lot of red flags when it comes to off campus housing, and for good reason. Since there is no dorm mother or other authority figure present, there’s really no checks and balances. Students in off campus housing can easily throw wild parties, engage in sexual activity, or even experiment with drugs. However, anyone can do these same things in a dorm environment or find a college friend who has their own off campus housing where these activities are the norm. Parents have to trust their children and their own abilities as a parent. At some point, every parent has to let go and let their children go their own way.

Talk to your child about safe behaviors and tell them ways they can keep themselves safe if they do choose to drink alcohol, experiment with drugs, or engage in sexual activity. It’s very common for people to do these things at least once in life, so trust yourself to prepare your child the right way for these possibilities.

There are many more benefits to off campus housing than there are drawbacks, and it’s a much better way for students to prepare to become the fully independent adults they will be one day. Renting an apartment is something that many young adults do as soon as they leave college anyway. This way, your child will already have an apartment and a working knowledge of how to maintain and live in their own apartment — rather than facing the shock of leaving college and getting a place of their own all at once. According to a 2016 “New York Times” article, 87% of students live off campus. The majority of parents and students clearly think this is the better option over dorm life.

Dorms, Apartments, or Townhouses: Which is The Right Option For…

As a college student, you will have to make a...
Blog

3 Places You Need to Visit in Delaware Before Summer…

While it might seem you're stuck to the activities on...
Blog

Top 3 Qualities To Look For In A Property Management…

Choosing the right place to live is a challenge, but...

You have no folders.

Simply create a folder by clicking the above button. You can also create a collection-gallery relation.